“I was scared and confused. I didn’t have any family here. I didn’t know the language, or how anything worked in this country. I was lost. When they told me he would be held without trial, indefinitely, that was the breaking point.”

When they took her father away, my daughter, Ruqayyah, was two years old. She witnessed it all. She didn’t know many words then, just some children’s words in Arabic, like Didi. Didi meant getting hurt. She kept putting her hands together, to gesture the handcuffs they’d had her Abi in, and saying ‘Abi didi, Abi didi!’ –they’re hurting Abi, they’re hurting Abi.

My name is Celeste Umm Ruqayyah. I am from West Africa, Senegal, but I was born in France. I was 17 years old when I came to the UK. I had a promising life here. I believed that life in the UK, would be easier than the life I had in France. My ex-husband was born in Algeria. At the age of two, he’d suffered from polio, which left him with a limp, but otherwise he was fine. Not like he is now. He came here to study, and I was working, before Ruqayyah was born. The first few years we had were very nice. We were expecting a lot of good from this country, we could never imagine what would happen.

They arrested my husband for the first time in December 2001. It was early in the morning, after Fajr. I was in the bedroom, sleeping with Ruqayyah, and my husband was in the living room. The first thing I saw was the police woman who opened the door and switched on the light. She was speaking to me, but I didn’t know English so well, so I couldn’t understand. I tried to call for my husband but they wouldn’t let me. I asked to go to the toilet, so they searched me and forced me to go with the door open. I was in shock. The narrow corridor of our one-bedroom flat was full of armed police officers, and outside there were so many vans. It was as if something very serious was happening.

I was scared and confused. I didn’t have any family here and neither did my husband. My only family was my friend, who I stayed with when the police made me leave my flat. I didn’t know the language; I didn’t know how anything worked in this country. I was lost. The only money we had left was in my husband’s bank account, but I didn’t have a card. And I couldn’t tell my family back home, because they aren’t Muslim and they weren’t happy about me converting and getting married.

It was four weeks later that I found out they were holding my husband at Belmarsh prison, high category. He was arrested on suspicion of terrorism, the solicitor explained when they called me, and I would need permission to visit him. Meanwhile, some of my friends had stopped speaking to me, and I was having problems with my neighbours; I got called a terrorist, and one of the neighbours complained about me to the council, so I had to go and stay with my friend again.

It took two months before I could speak to my husband on the phone, and after three or four months I got clearance to visit him in prison. He was being held at category triple A, so we had to go through several checks, and we could only see him from behind a glass, and there were men there writing down everything we said. Ruqayyah didn’t understand. She called him and couldn’t go to him and asked me why. She was giving her father kisses from behind the glass. It was very emotional. Still, we didn’t lose hope, and at first, he was positive. He used to try to cheer me up, and kept telling me, ‘I’m not going to stay long. You must be strong. This is a test.’ But as time passed it got very bad for him. He stopped eating. Sometimes when I called him, he didn’t speak. He became very depressed. It affects you, you know, being kept in a small cell, 23 hours a day, where you can’t even see the sky or the green of the grass. I kept thinking he’s going to be released any day, until the day they told me he would be held without trial, indefinitely. That was the breaking point.

My husband had never been arrested before in any country, for any crime. He didn’t have a criminal record; he’d never ever gone to prison before, here or in Algeria. They never told us what evidence or accusation they had against him. Even now, after everything we lived through, we know nothing. But the damage is done.

Me, I didn’t think I was depressed at the time. It felt more like I was in robot mode: you have to get up, carry on, continue living. But soon, I started having a lot of panic attacks and suffering from anxiety. I ended up in the hospital many times, because often it got too much. I tried to be strong for my daughter and get on with things, but it was too much for me. I thought I was coping, but I wasn’t actually. All those panic attacks, and anxiety and stress -I wasn’t coping at all.

Ruqayyah was lost after the arrest. She was always scared and crying and clung to me desperately. If I left her alone for one minute, if she couldn’t see me in the same room, she would start screaming immediately. I had to take her with me even to the bath. And she was terrified of police officers. Later on, in school, it was the hardest time for her, when she used to see all the other kids with their dads. And sometimes when the other kids asked about her father, she used to be very sad, she never used to say he was in prison.

They brought small gifts for each of us, some nice kid’s books, and then vouchers to buy Eid gifts. It helped so much, because this is the only time the kids, they expect to have something. And most times I don’t have much money, and I know they’re waiting for Eid presents, and it’s a struggle, but then the gifts come from HHUGS. Right on time. I swear, it’s such a blessing. And even during Eid ul-Adha they come with a cake first, and then they bring the Qurbani meat, and the portion of meat, alhamdulillah, is huge!

HHUGS helped us visit my husband in prison. They even arrange Eid parties and coffee mornings, which gives us the chance to meet other sisters in a similar situation, and it’s always nice. It gives you a break, you know? Even for the kids, they love it. And HHUGS make sure it’s in a place that’s convenient for everyone to get to, and they accommodate everyone.

I wouldn’t be here if it wasn’t for HHUGS. I had a few key workers over the years and, Wallahi, all of them treated me like a real sister. The emotional support and everything they gave, they gave not 100%, they gave 200%. And when those sisters stopped volunteering, they still called to ask how I was; they still invited me to their children’s Aqeeqah. Can you imagine? They come into your life, and the love they give you and all the effort they make subhanAllah…

Allah (swt) always sent people to help me, especially when I was at my lowest. If it wasn’t for HHUGS… Just knowing that I had this kind of support from them, it gives you strength, you know? Wallahi, it’s such a big blessing. 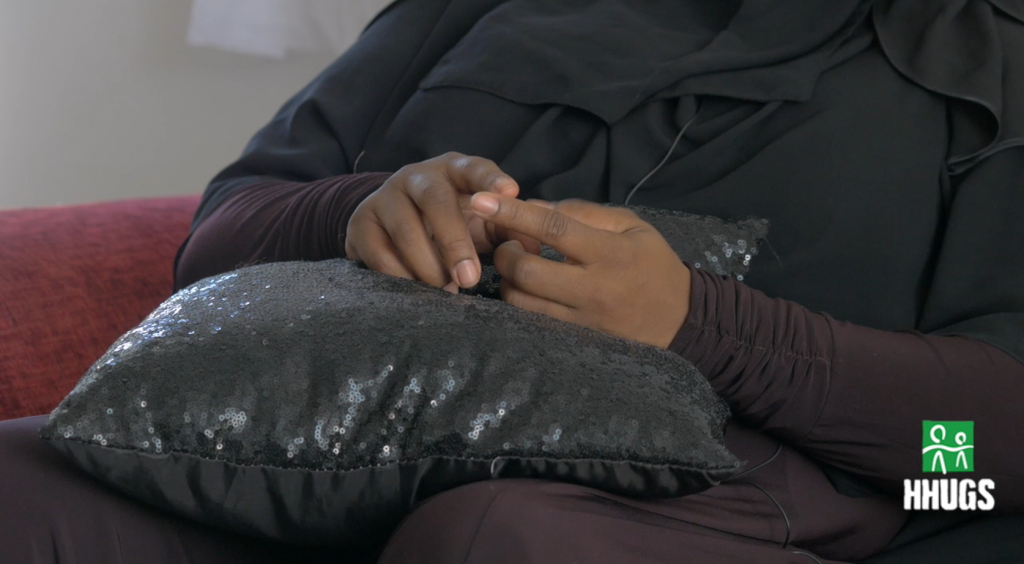 Reviving the Ummah, Reviving Hope "I thought the hardest part was over, but being in prison wasn’t the hardest part. The house arrest was worse. This completely killed him." Quick Donate Single Donation Monthly regular Donation £ Zakat Interest Sadaqa Donate After five years of being held without trial, my ex-husband was released from prison [...]