After five years of being held without trial, my ex-husband was released from prison under strict house arrest, because his mental and physical health had deteriorated so much. I found out he had been self-harming and had attempted suicide several times. That’s why they let him go. When they returned him to us, he was in a wheel-chair. He’d changed completely. Even today he’s still in a wheelchair. He can’t walk.

In the beginning we were very happy he was back home. I thought the hardest part was over, but being in prison wasn’t the hardest part. The house arrest was worse. This completely killed him.

He wasn’t allowed to speak with anyone but us, and no one else was allowed in the house. My friends weren’t allowed to come; the doctor wasn’t allowed to come; even the solicitor had to get clearance to visit. One time the heating broke down and another time the washing machine stopped working, but I couldn’t get them fixed, because everyone who came in the house had to get clearance first. They had to submit their passport and stuff to the Home Office, and nobody wants to do that. If a neighbour was at the door, and he said ‘hi’ to my husband and my husband responded, he would be sent back to prison. If he set one foot in the garden, they would send him back. This is how strict it was.

My husband was tagged and he had to call the tag company five times a day. It was an automatic voice recognition system. This lady told him some numbers and he had to repeat them. But there were always problems. He would wait on the phone 20-30 minutes and it still wouldn’t recognise his voice, so the Home Office would come down with a man from the tag company. They came every 2 or 3 days, at any hour of the day – even at 1am in the morning; 2 am in the morning. And because the neighbours knew what was going on, we had problems with them.

Things were very difficult for us financially as well. I couldn’t work, because my husband was disabled and he couldn’t take care of himself. So I had to do everything for him in the house, and I had to do everything outside the house; but dealing with his emotional state was the hardest. I was under too much stress. When I became pregnant, the baby died at 5 months and I had to go to hospital by myself, and after I had to return home by myself –my husband couldn’t do anything. If you can imagine how hard it is for a man: you’re helpless, you can’t work, you can’t do anything, you can’t speak to anyone. It kills you. Later when I became pregnant again with my son, Ismael, my husband wasn’t allowed to come with me when I had to deliver. Alhamdulillah for HHUGS, at this time, when I was in hospital they used to go and drop food by the door for my husband.

With time, the conditions of the bail eased, but then 7/7 happened and they arrested him again. This time he faced deportation, they wanted to send him back to Algeria. I was yelling at them, asking, ‘Why? He did nothing. You have him tagged. He’s under strict house arrest.’ Everyone was crying. Ruqayyah was crying and holding onto her father. He didn’t want to go, but they put him in his wheelchair. It was chaos. For me it was worse than the first time.

They held him in Long Lartin prison for four months. I only visited him once, because it was so far away. But his situation was very bad. They kept him in something like a hospital ward, because he tried to hang himself. Then they released him under house arrest again, but he was always very scared, because the deportation order still stood, and in Algeria, they torture prisoners and they take people; you disappear. He was scared for himself. He was scared for us and his family back home. Sometimes he used to say if he ended his life, he wouldn’t make his family suffer anymore. It was hard. I think my biggest fear was that they could come and take him at any time.

Then in 2013 they just came one day and released him. They took the tag off and said ‘you are free,’ just like that. I was happy but I was also upset, because how many years did they make us suffer? And then they just come, like nothing happened, ‘We’re taking our stuff. Have a good day,’ and they go.

The suffering made us all change. My ex-husband was never the same. He was seeing things and talking to himself. It affected us a lot. We aren’t together anymore. It’s been nearly three years. And me, I couldn’t cope.  Even now, the sound of the doorbell; that’s one thing that still scares me. In my mind, it’s always them. It stayed with me.

Alhamdullah, I’m happy with the way my kids are, even though the effects are still there, especially with Ruqayyah. In one way it’s good, because she’s very into politics and human rights laws and things. But I think if it wasn’t for HHUGS, I don’t know how it would have been. They helped with Ruqayyah’s school and tuition; they helped with sports activities for my kids, and Ismael’s Karate classes… you know, my son became a European champion in Karate. I wouldn’t have been able to afford these things for my children, to give them some happiness, to build their confidence, a normal childhood.

I wouldn’t be in this house now speaking with you, if it wasn’t for HHUGS. From the smallest thing to the biggest: They provided vouchers, so that we could buy clothes and food. They helped me clear my rent arrears from when my husband was in prison; they helped me pay the electricity and gas bills; they helped me to get my driver’s licence and with any kind of paperwork I had to deal with, they helped. They even helped with the rental deposit on this house. I had to pay one month’s worth of rent for the deposit, and one month of rent upfront, and the previous landlord wasn’t giving my deposit back, so they helped us.

This year, we received winter support from HHUGS, and it came at the best time. I’ve been struggling since we moved to this new house, so we felt the difficulty more in winter. But alhamdulillah, they helped to cover the cost of heating, and we even got vouchers for warm clothes for the kids.

The only thing that I can say to HHUGS, and to everyone that helped us, is, may Allah reward you with good. I wish I could do more for them, but only Allah (swt) can fully reward them.

Before I used to think, we’re the forgotten people. But HHUGS, they never forgot us. Everyone thinks about people abroad who are in need, and in worse situations than us, like in Syria. That’s normal. But there are lots of families suffering here that nobody knows about. Alhamdulillah, me, I can’t say I was in the worst situation. I met some sisters, they were worse than me, and if it wasn’t for HHUGS helping us and thinking of us at the time, no one else would have thought of us. HHUGS are the ones who think about the forgotten people.

I don’t think they know how much they helped; how much of a blessing they are for us. They are reviving the Ummah. That’s the meaning of Ummah for me, it’s HHUGS. They give you hope, they support you like your own family. And they never give up on you. 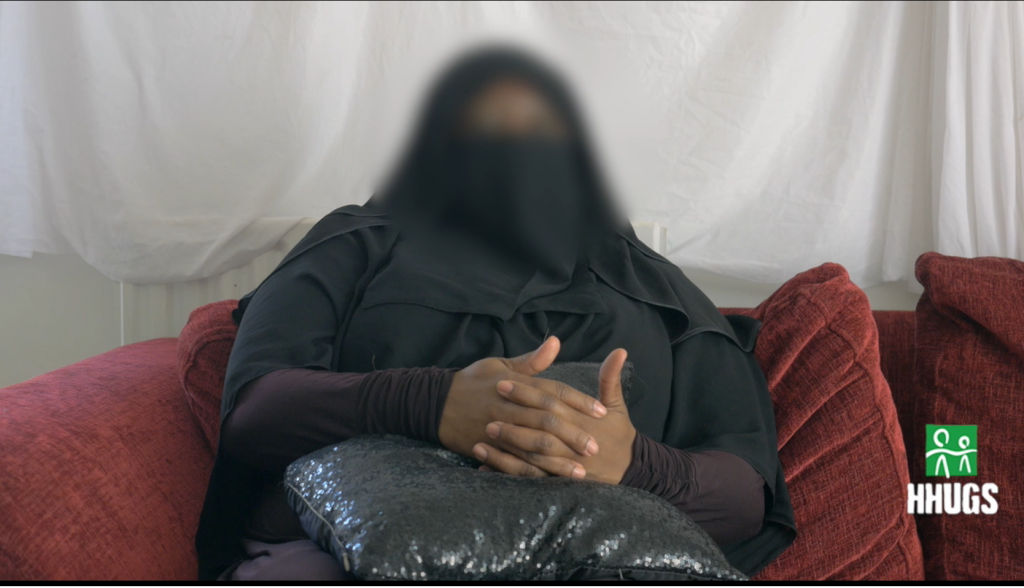 Reviving the Ummah, Reviving Hope "I was scared and confused. I didn’t have any family here. I didn’t know the language, or how anything worked in this country. I was lost. When they told me he would be held without trial, indefinitely, that was the breaking point." Quick Donate Single Donation Monthly regular Donation £ [...]