A father separated from his children; a wife divided from her husband. One dawn raid that changed their lives forever.

The dawn that changed my life

Before that day, we had a comfortable life. My husband worked hard as a minicab driver and I was focused on caring for my two young children, aged 4 and 2 years old, and busy with my charity work. Soon that life would seem almost like a dream, considering everything that happened thereafter and how much life changed.

It began early one morning. We had just finished praying Fajr and the children were already awake. We lived in a quiet block of flats, you hardly heard passers-by or even any sound of traffic. But that morning the silence was broken by the unexpected sound of dozens of heavy footsteps. My husband quickly looked through the peephole of our front door. I saw his body visibly tense in shock. He blurted out to me, “Quickly, get dressed!” No sooner had he said it, but the banging erupted, thundering down on our front door. I instinctively grabbed the children, threw on a hijab and sat on alert with them in one room.

My husband didn’t even have a chance to open the front door before they forcefully broke it down, flooding into our family home. Cameras and multiple lights shone in every direction. I’d never seen or heard anything like this before. We sat in shock, with no idea what was going on or why it was even happening. It felt like an attack. The noise was deafening. Terrified, both children began crying. As much as I tried, I couldn’t comfort them. They were simply too young and didn’t have a clue what was happening. None of us did.

The officers were cold and indifferent. I asked question after question, but they said little in response. I had to hand over my mobile phone, my bank cards and any money I had – still uncertain about why or what was happening. I was then told I needed to leave the house with the children. I asked how I was going to leave without any money, without my debit cards, my phone – how was I going to manage? But there was no answer. No empathy.

They kept my husband in the house, so there I was, my mind racing, walking the streets in shock, at 8am, with my two petrified young children in tow. What were they doing to my husband? Why did they come? What would they do to him? Where was I meant to even go now?

I was so anxious, knowing I had left him at home with more than 20 police officers and they could be doing anything to him. He hadn’t actually been arrested so I had no idea what was going on. Were they going to take him to one of those secret prisons? Would he disappear without a trace? Was that the last time I would see him? When would I have contact with him? You’d hear so many things on the news. My head began to spin, thinking of all the potential scenarios which could now play out. Overcome with fear, I felt vulnerable. I could feel the children looking up at me with their wide, confused eyes- but I had no answers. It took all my courage to gather myself together and to try to appear normal. “Let’s go to see Grandma and Granddad,” was all I could muster up.

We walked into my in laws’ home and as I tried to break the news to them, I was soon surprised and confused by the sight of my husband walking through their front door. He was to leave the city in three days, as he was being placed on a control order. He was to live on his own, isolated, in a new house and a new city, under many restrictions. My head was spinning. Why him? Did they not know what kind of person my husband was? How could they just up and snatch someone from their family, their children, from their life like this? It was all so surreal. I felt completely powerless and could do nothing but go along with this bizarre nightmare that my world had been plunged into.

The house I returned to was completely ransacked. So many things were taken, the children’s books, games, our notepads, phones and laptops. Without them, my work too, was going to be hugely impacted. The entirety of our savings had been seized. The idea of a “normal life” seemed a million miles away.

The children were now completely lost. Their foundation had been torn apart, leaving them helpless. The officers had physically searched my son which really affected him. He became withdrawn, and lost his enthusiasm, his spark. Unlike his younger sister who was too young to really understand anything, my son was desperate to see his dad.  “Where’s my dad? Can I see my dad? I wanna see him,” begging the officers through his tears. You know, when a four year old doesn’t want to do something, they’re not going to do it, and he simply refused to leave the house. But the moment the officers searched me, he fell silent, defeated. I think for a child to watch their mother being treated in this way was completely unnerving. It’s like he realised then- in his own childlike way- that there was no point in crying, his tantrums weren’t going to change anything. He just went dead silent.

He began communicating less and less. As the days, weeks and months went by the impact of losing his father would become more apparent. It took his mind.

The officers raided our family home again, three days later, before my husband was taken. He was left devastated, not only for having to leave us, but knowing at that very moment we were again left vulnerable and intimidated, not knowing when he would see us again.

"Ramadhan and Eid were the loneliest of times. Whether we were staying with my husband or in our family home, we were completely isolated." Quick Donate Single Donation Monthly regular Donation £ Zakat Interest Sadaqa Donate Life in self isolation My husband was now living life under a control order in another city. He faced [...] 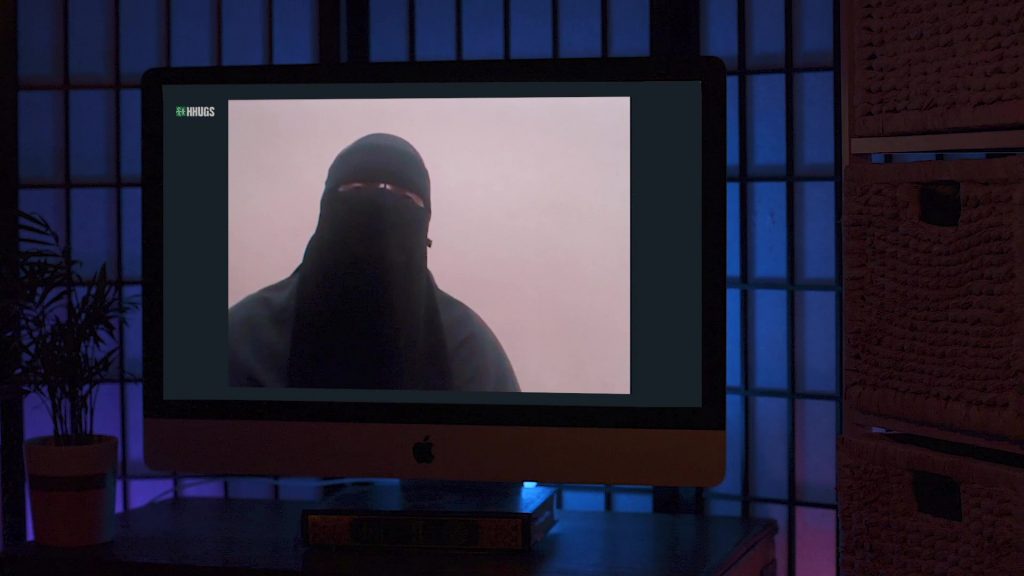 A father separated from his children; a wife divided from her husband. One dawn raid that changed their lives forever Quick Donate Single Donation Monthly regular Donation £ Zakat Interest Sadaqa Donate A Bittersweet Homecoming Years passed, and the news finally came that he would be allowed to return home. I was over the moon. [...]