Babar suffered post-traumatic stress disorder due to his horrific ordeal: 12 years of agony and isolation in lockdown, the uncertainty of not knowing if he’d live to see his elderly parents again, and losing almost everything dear to him.

My name is Babar Ahmad. I grew up and was educated in South London, where I lived with my parents and three siblings in our small family home. After graduating from university, I was working in a university IT department, just trying to survive like everybody else.

On Tuesday 2nd December 2003, around 15-20 police officers in full riot gear burst into my house. Over the next 40 minutes they subjected me to an ordeal of physical, sexual, religious and verbal abuse. They smashed my head through the window, put me on the floor to punch me and swore at me for I don’t know how long. They punched me in my head, kneed me in my thighs, and stamped on my bare feet with their boots. We had a little carpeted room that we would use for prayer in our home – they smashed up the room, and forced me into the position of prostration. There, they mocked my religion.

One of the senior officers asked me to confirm my name and date of birth, when I did that he told me I was being arrested under the Terrorism Act. Up until that point, I was thinking there had been a mistake.. Maybe it was a drug raid gone wrong, maybe they meant to go to another address. They put me in two chokeholds on the way to the police station, where I arrived with 73 physical injuries including bleeding in my ears and bleeding in my urine. I was released without charge after 7 days and had to take 2 months off work to recover from my physical injuries.

During this time, I began having nightmares and flashbacks. I became really tense, on edge and scared. I didn’t want to go out. If I heard a small sound, it would immediately wake me up at night. A few months later, I was diagnosed with Post Traumatic Stress Disorder, namely, when your life and personality has been affected by an extreme type of traumatic injury. It wasn’t just me though; my family was also greatly affected. They were scared and didn’t know what was happening. My parents and siblings all felt insecure, unsafe and as if people were watching them. They lived in the worry there might be another raid at any time. When they found out the full extent of what happened to me and my injuries, they were extremely troubled and unnerved. Looking back at that period, it was an extremely unsettling time for us. One of my immediate family members had a miscarriage a few days after her house was raided also. This was a result of the stress that induced. You can’t really get more traumatic than losing a baby.

Agony and isolation in lockdown

Though I was released without charge after 7 days, I was rearrested 8 months later. It had nothing to do with the UK authorities, but the US had sought my arrest. I then spent the next 8 years in UK prisons without trial, with 5 of those years spent in solitary isolation. Up until now, I still hold the record for the longest British citizen detained without trial in the modern history of the UK. The hardest thing during this time was not knowing what lay ahead for my future, whether I would be extradited or not. I had absolutely no idea what was to come. I eventually lost my fight against extradition and on the 5th of October 2012, I was put in blindfolds, earmuffs and shackles as I was extradited on a private jet from a Royal Air Force base in the UK to America.

The next 2 years were spent in complete isolation, solitary confinement in a US super max prison in America. What that kind of isolation means is being alone in your cell for 24 hours a day. You are strip searched every time you leave your cell. Your food is passed through a small slot in the door. You are let out for an hour a day for ‘recreation’ inside a small dog cage which is 4 paces up and 2 paces to the side. There are mentally ill inmates who bang the doors, shout and scream all night so you’re not able to sleep. I witnessed on average one suicide attempt a week over there – on one occasion, there were actually three suicide attempts in one day that I witnessed. I remember walking part a cell while they were cleaning it out after one such attempt. There was so much blood, it felt like a butcher’s shop.

Looking back at the time, the uncertainty was the hardest thing for my family and I. Not knowing what lay ahead, wondering if I’m going to be home for the next Eid or not. We are talking about this while the country is in lockdown over the coronavirus affair. This is a very unsettling time for lots of people exactly because of the uncertainty, not knowing what’s going to happen. On top of that were the prison conditions; you’re alone; you find officers that are good to you and officers that are malicious.

It was a difficult time for my elderly parents in particular. My biggest concern was whether they would still be alive if and when I come out of prison. Am I going to be one of those prisoners who gets a knock on the door from the chaplain saying, “I need to talk to you, we need to sit in a private room.” I had seen that happen to other prisoners. On the way to the private room, the only thing going through your head would be “who is it? Is it mum? Is it dad? Is it my brother? Is it my sister?” Because you know they’re only doing something like that to give you the news that a loved one has died. In total, I spent 11 years in prison and that was one of my biggest fears: that one of my close family members would die and I would not be able to attend their funeral. It was an unimaginable ordeal my family when through during that time.

After approximately 2 years, the US prosecutors offered me a deal. They said “plead guilty and you can be back home within 6 months”. I couldn’t sign quickly enough. I pleaded guilty in December 2013 and I was sentenced by the judge about 7 months later. Having looked at all the evidence and allegations, the judge declared “this man is not a terrorist. He’s a good man, he’s not a threat to anyone”. By the grace of Allah, I was released and came home in the summer of 2015. 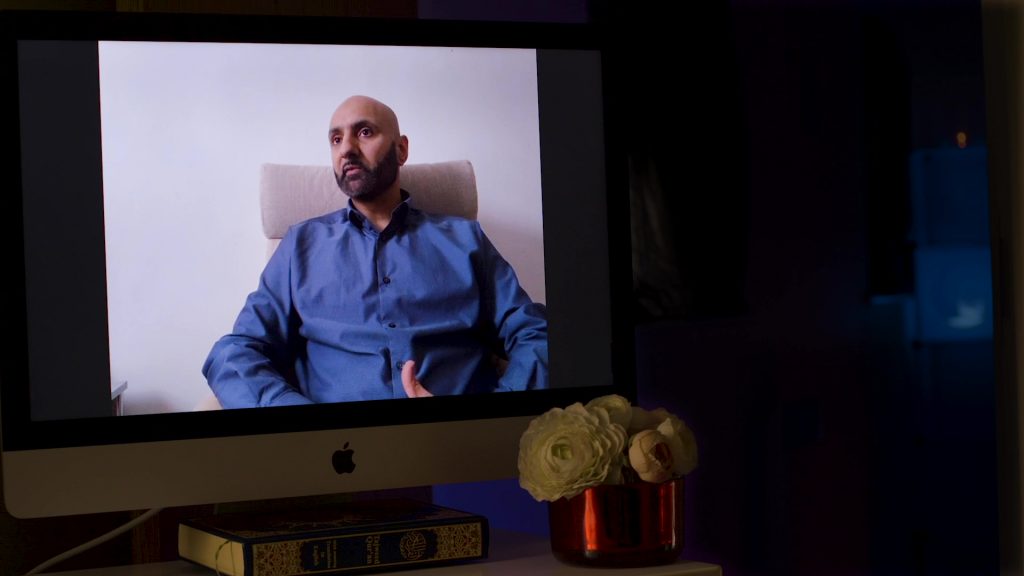 “If HHUGS had not offered it, I still would not be sleeping at night, I would be paranoid. Thanks to HHUGS, I was able to find my feet after coming home from prison within one year.” Quick Donate Single Donation Monthly regular Donation £ Zakat Interest Sadaqa Donate Uniting families HHUGS was actually set up [...]