A mother who was separated from her six children; her fight against deportation and her struggle to rebuild severed family ties.

A mother behind bars

I am a mother of 6 children and have 2 grandchildren. As well as having a big family of my own, I also come from a big family. Though there are seven of us, I had always been my mother’s favourite. I’d never really left her, since she was widowed in her 30s. I had worked all my life despite having children, and have always been the breadwinner for the family. My mother and I have always had a special relationship for this reason. She would take care of my children; I didn’t get to spend as much time with them as I wanted, as I was constantly working, from the age of 16.

Before my arrest, I had been made redundant from my job as a sheltered housing warden for my local council work for 6 months. Being a single mother, I have never been used to not working. Once I lost my job, I of course lost the accommodation which came with it and was placed in emergency accommodation, quite far from where my mum was living, so I had to leave my children with her as their school was near her home. Only my youngest, under a year at the time, stayed with me in the emergency housing.  It was a drastic change to our income, claiming benefits for the first time. Things were really difficult, financially.

It was during this time that one morning, at 7:00am, I heard a knock on the door. I glanced out the window to see a woman whom I assumed to be a health worker. But when I opened the door, I was stunned to find 20 armed police walk in. They told me to sit down as they began to raid the house, asking me lots of questions.  They took my two phones, laptop and passport which to this day have never been returned.

I was so worried for my family; I knew my mum would be worried sick because of my chronic pancreatitis. I told the officers that I need to call her; if I don’t call, she becomes extremely anxious. They told me not to worry about contacting her. It soon made sense – the police dropped me to her house, as I wasn’t allowed to stay in my own home, only to discover that they were raiding her home at the same time.

I remained on bail for 2 years but was informed that I was not allowed to have unsupervised contact with my own children and my mum would now be their main carer. As a mother, I wasn’t allowed to take them out on my own, or even sit in a room alone with my 11 month old, and my mother couldn’t leave me alone with them, so she was forced to stay home all of the time.

When I was imprisoned two years later, my children were mostly too young to understand, but I always felt like a bad parent. Now they’re older, they do tell me I’ve never been there for them and blame me for my absence in their life. My 15 year old son says it all the time, “you were in prison, you went away; you weren’t there.”  My mum would tell me my youngest son would keep feeling around the bed looking for me at nighttime. This used to break her heart as she wasn’t able to give him the comfort he really wanted. I remember a friend coming to visit me. The first thing she told me was how my children had become so quiet and withdrawn, “they’re just not their usual selves,” she said. When my son would write to me, he would simply say nothing is the same since you’ve gone.

My eldest son was hit hardest by my detention. He was always the type to bottle things up. There was a while where we didn’t even talk. It was only when I was in prison that he opened up. He would tell me, “you don’t know how much I love you”. But when I was inside, he lost his way. My mum would tell me how he would stay out all night, which really worried me. Seeing how desperate our family situation had become, he thought he would get money in whichever way he could. He says he couldn’t watch his little siblings suffer and struggle anymore, as I had always provided everything they needed. As a result, he is in prison himself now.  He wouldn’t be there now if this hadn’t happened. Now he’s 21. The impact of my absence has devastated everyone.

My family didn’t get any support from the community. When it came to my mum, even her own close family actually stopped coming to see her while I was in prison. They were too scared to be involved with “the terrorist living at that property” and quite quickly, she lost most of her close relatives coming around. In this way, the impact was fast for both my mother and my children. After my father passed away, I was the only one who never left her side. That was 25 years ago now, yet being widowed at 37 years old was a very difficult life experience for my mum. My children changed her life – it gave her purpose, happiness and a whole new lease of life really. For her, it was always “Nazia and her children, Nazia and her children,” everything revolved around us. My absence had a traumatic impact on all of them, but also caused great financial hardship.  With their breadwinner gone, now they were left without support or security.

The pressure on my mother was getting harder and harder. She now had to manage the needs of 6 children full time. This included all the school runs, extra curriculars and after school clubs as well as taking a 1 year old along in tow.  Social services would arrange many meetings also which my mother would have to attend at short notice. She is getting older and the heavy responsibility which had now fallen on her shoulders impacted her health significantly. The extent of what she went through, I don’t even know fully. She always wanted to go that extra mile so the children would never have that feeling that I’m in prison.

I don’t have many friends, but I have colleagues who know me well and were really distressed to learn I had been imprisoned. They would even come to visit me in prison and wanted so much to approach the police and tell them I wasn’t the person they thought I was. The situation was extremely difficult for them also. One of them visited me in prison and told me she had gone to see my family for Eid. She told me my mum wouldn’t eat because of her grief. She would say “my daughter is not here, I don’t even know what kind of food she’ll be eating over there”. This caused her health to deteriorate. To this day, you can see the impact; she remains really frail.

Even later, after my release, my grandchildren wouldn’t come anywhere near me. I had never met them, as they were born whilst I was in prison. They would run to everybody else in the family, yet I’m their grandma and they looked at me like a stranger. It broke my heart. I was like a random person who just popped up in their life. 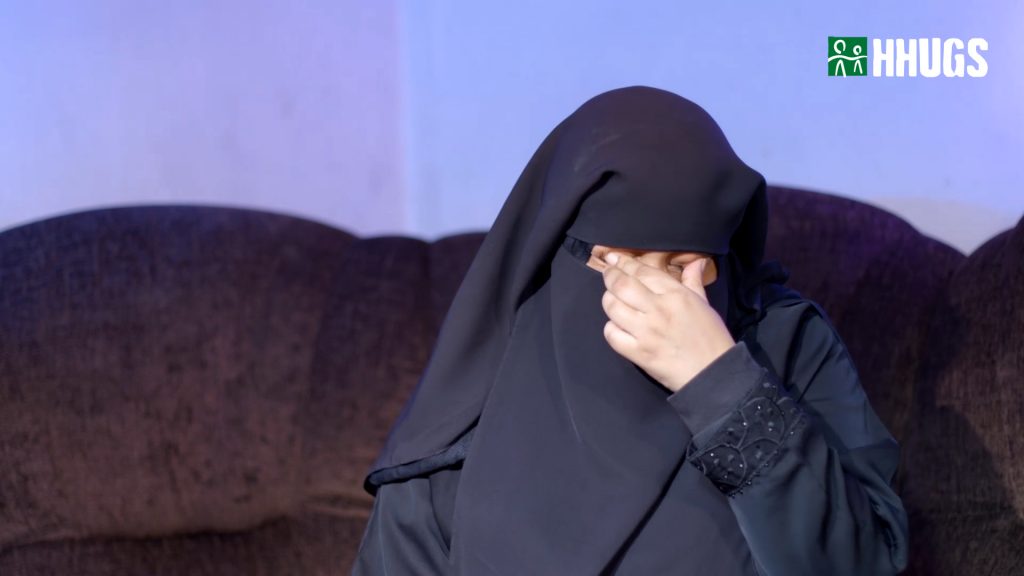 A mother who was separated from her six children; her fight against deportation and her struggle to rebuild severed family ties.  Quick Donate Single Donation Monthly regular Donation £ Zakat Interest Sadaqa Donate THE PAIN OF SEPARATION During the almost 3 years I was in prison, I only saw my mother twice. She simply couldn’t manage coordinating [...]