“Prison took a huge toll on my mental health. In there, there is nothing. No routine. No facilities. You’re locked up in a 6ft cell for 23 hours and 15 minutes of the day, every day.”

Not only did Haroon’s mental health suffer, but he was assaulted too in prison. In his darkest hour, he told his mum to forget about him, and succumbed to despair.

Prison took a huge toll on my mental health. Even my physical health suffered. As I said, I used to go to the gym before, but in there, there is nothing. No routine. No facilities. You’re locked up in a 6ft cell for 23 hours and 15 minutes of the day, every day.

I think, as a coping mechanism, I developed OCD. I’ve still got it. I just cleaned and polished, and scrubbed the floors. Everything you could think of, I cleaned it, because you’ve got to keep yourself busy, otherwise you just go mental. I also read lots of Qur’an, alhamdulillah; did some hifdh (memorisation of Qur’an). I think that’s what kept me going. That and salah (prayer). Just looking forward to the next salah, praying, reading Qur’an and studying Islam. And because you have a lot more time, you have a lot more khushu’ (concentration). So alhamdulillah, I know that if it wasn’t for Islam, I would have gone nuts. And you see that in the inmates.

Once a week, you’re allowed a visit. But the prison I was in, was a 150 miles from where my parents lived. So it was a three to four our commute for my family. And I only got to see them for 45 minutes. Imagine, after travelling all that way, by the time the tears had dried, it was already time for them to go back. So they could only manage once a month, or every eight weeks. And that was all thanks to HHUGS. They arranged volunteers to pick up my parents and siblings.

But still, it’s horrible bringing your family into a situation like that. There was a point that I told my mum not to visit. I said, ‘That’s it. I don’t want you coming to this place. I am not going to call you anymore. Just forget about me. Just leave me in here, because there is nothing I can do.’ And that’s just how felt: totally isolated and disgusting. Imagine, opening your eyes each morning and seeing nothing, feeling nothing. You don’t want to build yourself up to be disappointed, so you just cancel all emotions and feelings.

At my lowest points, I just… just gave up. I wanted to die. You really just want to die and that’s it. You feel hopeless; there is nothing.

I was transferred a few times, so I was at a couple of different prisons. The first two that I went to there were constant lockdowns, violence, and fighting. The regime was all over the place. But the last prison that I was at, that was just the worst. While I was there I got assaulted by some inmates who’d been paid by a prison officer. I ended up with my left shoulder fractured. I did actually have a claim against the prison, but because they didn’t record anything or file any paperwork, I couldn’t pursue the claim. I still get some anxiety about that, so I was put on some anxiety medication by my doctor, which helps out.

In there, Ramadhan is non-existent, except for what you do by yourself. There is no tarawih, no communal iftar. The iftar that the prison provides is stone cold: a solid block of rice that they say is acceptable of the legal standard. But you’re grateful even if you get that. There were a couple of days when I didn’t even have food for iftar, because the prison went into lockdown and there were no officers to bring us food. So we didn’t eat at all for a couple of days. For Eid, they let us go for Eid salah, which we got 20 minutes for. And we got a special meal –an extra portion of rice and curry and some samosas. Then it was straight back into the cell.

Released to a Life of Restrictions

When I was eventually released, I was put in a hostel for three months, where I had to sign on five times a day. And I was put on tag, so I couldn’t be away for very long or go very far. When I wanted to visit my parents, I’d be with them for two hours and then I had to catch a taxi back so I could sign on in time. It didn’t give you much time to do anything really, so it was a bit like being in prison again. I wasn’t allowed to use the internet, or to have a mobile phone. And I was too shy to go back to the masjid, and to mingle with people. So really, I kept myself to myself for a good couple of months.

Afterwards they wouldn’t let me go back to my family home. I had to find employment, because suddenly I had rent and bills to pay, and I didn’t have a penny. But it was impossible to find a job. The conditions of my bail didn’t allow me to work at any job. And the jobs I could work at, they wouldn’t employ me. I went to the police and these agencies, but no one could help because they had no experience dealing with someone in my situation. The job centre, and any agencies they referred me to, all said the same thing. Alhamdulillah, the only people who supported me were HHUGS.

That support means so much when you’re essentially just stuck in limbo, you know? Even now that I’m no longer in custody, I still haven’t found a job. I’ve had offers from quite big companies. I even signed a contract of employment with one of them, at one point. But then they terminated it 48 hours before I was due to start work. I tried to go back into education, but I couldn’t get accepted into the local college, and I don’t have the qualifications I need for any of the local universities. The ones that would accept me, I wasn’t allowed to attend. But alhamdulillah, while I was in prison, I started a university degree. And with the financial support I received from HHUGS, I was able continue studying. Hopefully, inshaAllah, I am going to graduate this year, and it was all because of HHUGS.

I’ve got a whole contact list of HHUGS volunteers who keep in touch with me. And we call when we have some trouble or need advice. But it’s just nice to have someone to have a normal chat with sometimes, you know? They’ve tried to help me with employment, and they’ve supported me through my education. I can’t be more grateful. Even in Ramadhan, we received gifts from them. You don’t expect it, but alhamdulillah, when it comes, it just means everything.

And the winter support they provide: it takes a great burden off your shoulders, because you stress about things like whether or not you can afford to turn on the heating, or buy a new blanket. You know, I need about £50 for the weekly shop. But alhamdulillah, when we have that support from them, it makes all the difference.

I can’t say I have anything right now, that I didn’t get, because of HHUGS. The shirt I am wearing, alhamdulillah, is because of HHUGS. The house, some of our furniture that we have… if it wasn’t for HHUGS support, I wouldn’t be able to afford any of it. And the same goes for my family. I would definitely, definitely recommend HHUGS to anyone in the same situation that I was in. And if you want to do some khair and earn some hasanaat (good deeds) then I would say support HHUGS. They are amazing ma sha’Allah, I can’t praise them highly enough. 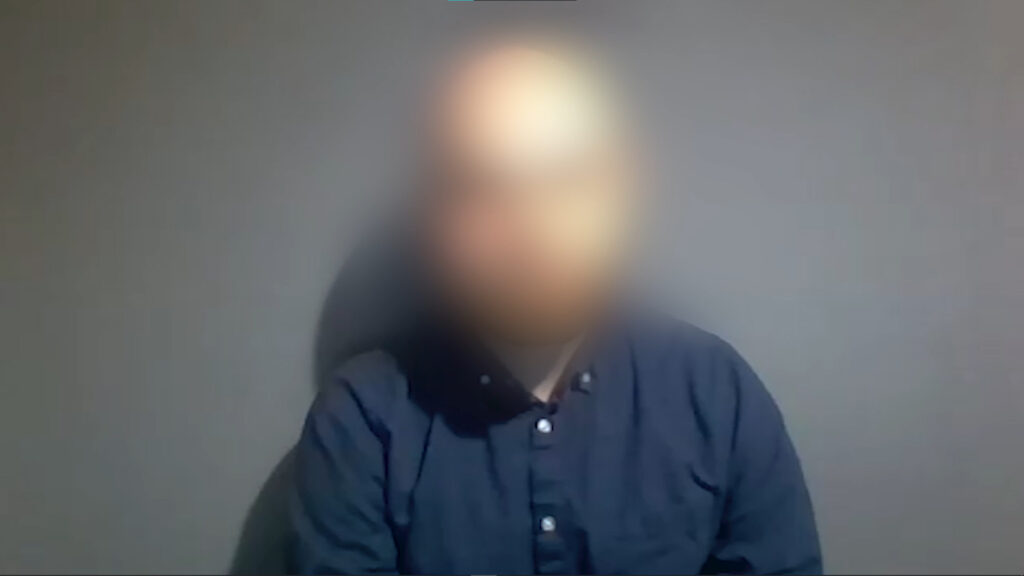 Haroon was a typical teenager. He had just turned 17 when the police arrested him. During his time in prison, he was assaulted and his mental health suffered.  He could do nothing to help the family he’d left behind, who were simultaneously struggling with poverty, abuse and isolation in the aftermath of his arrest. In [...]