Mahmood’s older brother’s arrest shook his family to the core, leaving them in emotional, and financial turmoil. Struggling to make ends meet, Mahmood’s parents struggled to come to terms with their son’s absence, impacting their health. At a time where there was no hope, HHUGS stepped in and brought a beacon a light to Mahmood’s family home.

My family’s life before my brother’s arrest was normal. My brother’s arrest came as a huge shock to all of us and just put everything on hold. I still have flashbacks of the raid. I remember it vividly. That image still haunts me to this day. 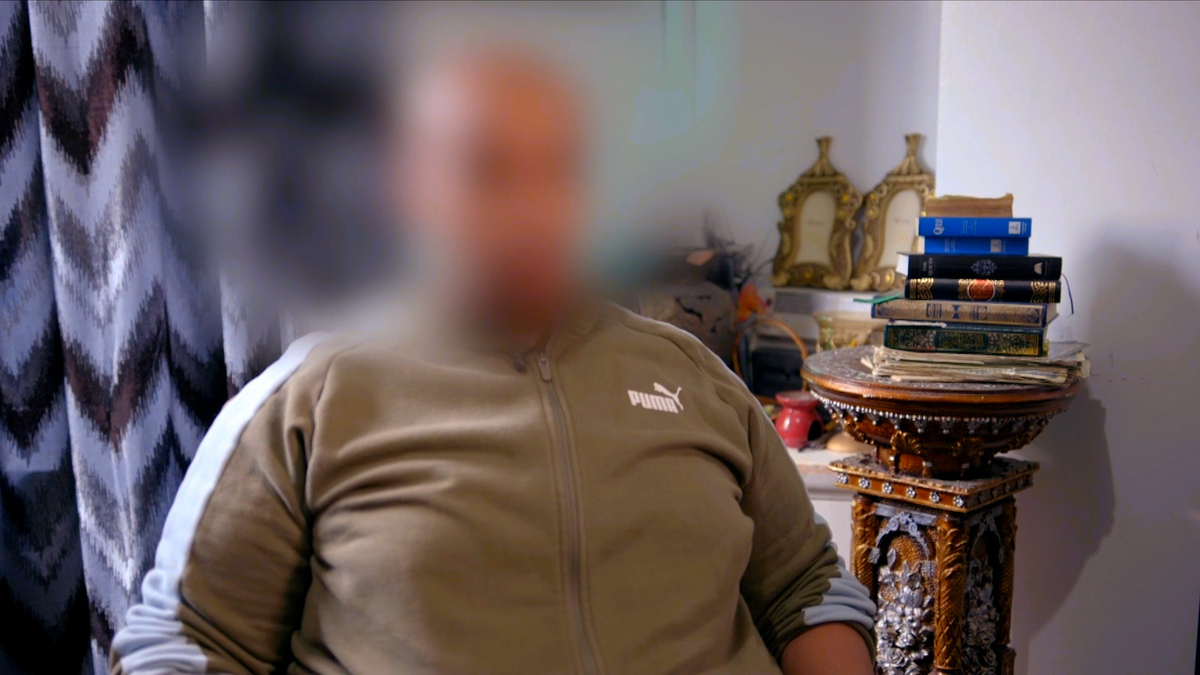 At the time, we had guests over: my uncle from Saudi, my grandfather from Italy and my aunty from the United States. I remember first there was a knock at the door, then straight after that someone opened the door. There were a lot of police officers who all came jumping in. We were all sleeping comfortably in our beds, and they told us all to come down. It was a scary experience, one that is going to stick with me for the rest of my life. It was very scary for the guests as well. It shook everyone. Just imagine: ten people all at home, with guests, all crammed together in one room, not knowing what to do.

I remember my mother. I saw the shock in her eyes. She was in tears. My father had shock all over his face and I could tell his blood pressure was going up. It was a scary time for all of us siblings. My little brothers and sisters were confused. We are all good people, not the type of people to get in trouble with the law. To see the police raiding our house like that then, it was a huge shock for every single one of us, including myself and my parents. I felt it most for my mum, obviously with her being a mother, it must have hit her hard. I know it really was.

I was worried about my brother. It will forever stick in my mind. I remember him literally being handcuffed and taken away; me being his younger brother and witnessing that was just so scary. All of us were worried, every single one of us was worried and confused. I didn’t think any of us would experience anything like that in our lifetime, to see my beloved older brother being taken away from us. It will forever have an impact. We always assumed the police would be our protectors, so we never expected to see something like this. I just started to look at the police differently.

The police were just going around the house ransacking everything. It was just so crazy. There was a phone that I bought for my wife that was taken. They took all the technology from our home, including the PlayStation and laptops. They ransacked the entire house and just left it like that.

It was like something that you see in movies, and you never ever expect that it would happen to you.

My sister was studying for her A’ Levels when all her stuff was taken away. This had a negative effect on her in terms of studying and her mindset. When something scary like this happens, it does cause a shock to the system. She did suffer mentally as a result. 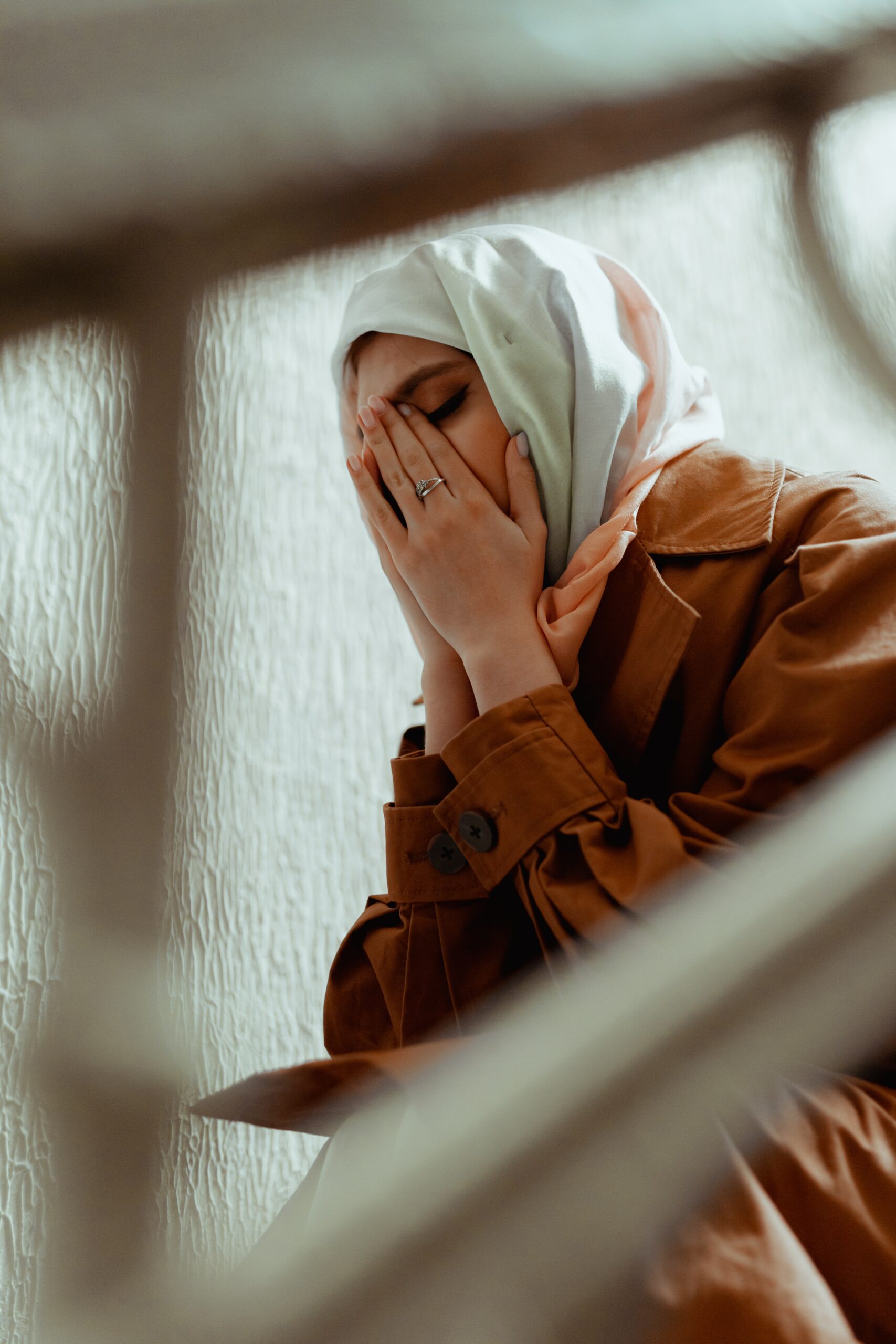 It impacted my older brother as his stuff was taken too. He had a USB full of his dissertation, the final piece of work you submit at university. That was taken, along with his laptop, so he couldn’t get access to it to submit it. He failed that year and could not return to university due to this situation.

We didn’t see my brother for about four to five weeks. That period was very worrying and concerning. At the time we were raided, the police told us he was being arrested under the Terrorism Act, but none of us knew where he would be taken. This just caused a lot of unnecessary worry, stress and anxiety for my parents, myself and siblings.

That time was very traumatic and scary; I cannot ever forget my father, just looking confused and worried. And my mother, of course, her feelings were extremely hurt. When she saw my brother finally, in prison, she was relieved and happy to see him, though she was hurting inside.

My father’s blood pressure level was high, and my mother was constantly worrying. I remember seeing her downstairs by herself, just having to come to terms with it, just crying. And my dad was just confused. There was one particular time where we saw my brother’s name in the news and I remember dad was looking at the news, he had shock in his eyes to see his son in the news for bad things. My family were very humiliated. Imagine your parent’s friends and neighbours find out what had happened, it’s very embarrassing, to say the least.

Everyone was shocked. My brother is very popular and a very likable character. He had literally hundreds of friends. They were all worried. Everyone was coming up to me and asking, “What happened to your brother?” It was just awkward and confusing to answer. No one believed what was going on. Everyone who knew him, knew that he is such a good-hearted person. It was just a shock to all his friends and the community. A lot of my dad’s friends were shocked because my brother was always like the smartest one of the house, so to speak, and yet he was the one being taken away.

As his immediate younger brother, I was shocked, not knowing what to do. I didn’t know how to contact him. It was just a scary, disastrous period, initially. It was confusing at first: growing up with my brother always around the house, and then suddenly, he was gone, he had completely disappeared from our life. It felt like an important element was missing from the house. It was an unusual and weird feeling. It’s like having a friend who is always there, and then suddenly they’re no longer there. Psychologically, it was terrible because I was constantly thinking about him, what happened to him? Financially and workwise, I just lost motivation to work, due to everything that had happened.

Ramadan is a beautiful time Alhamdulillah. It’s a time where we all gather, eat on one table in the sitting room – and then to have that one element missing, it just does not feel the same. As for my parents, I’m sure they felt a hole in their heart that their son is not on the table, with everyone else eating.

It’s scary. We hope no one has to go through this, where they have police come to their house. It created a lot of pressure on all of us, because my brother was working many jobs and contributing to my family. He was supporting the household with the bills, with the rent, with everything. And suddenly, there was a huge chunk of income taken away from the family.

Relief after the hardship

We first found out about HHUGS in 2015; they were introduced to us via the solicitor. They helped us tremendously. I remember they were giving us vouchers which we really needed at the time for my family to go shopping. They provided a lot of financial support in the Winter time, as you know, it’s cold, the bills go up and it’s very expensive. So HHUGS were helping us to pay the bills, the electricity, gas, everything. They sent duvets, and other Winter essentials, which were much-needed. They have provided extra income to help us with the costs of school books, uniforms, travel costs for my siblings and a lot of other things. Had HHUGS not existed, we would have simply struggled. Because one of the major supports of the household was gone, their contribution to run the household was also gone. Had it not been for HHUGS, we would have struggled hard.

It was a big relief, knowing that there was such a charity helping us out in this very, very difficult time. It felt like a huge weight had lifted from our shoulders. It was a tremendous support. We felt amazed, knowing that such humans exist; such charitable people, people who give, who care about humanity, who care about others who are struggling.

We were praying for them. We felt very, very grateful, very happy, to know there are people who care; even people who care about our special occasions like Eid. They would send us extra stuff at those times. When you receive gifts, for example on Eid, it puts a big smile on your face. Imagine seeing a cake coming from HHUGS; it adds that extra flavour also. When you receive the Qurbani mashaAllah, we were very, very grateful for that. It was beautiful to know there are people who contribute something to help people in need. We were in need; we are in need. 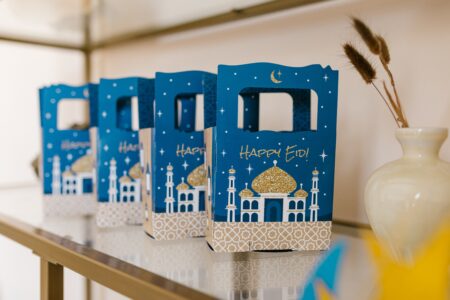 It’s a great charity. I recommend HHUGS to every single person. The work of HHUGS is important because they are there for people in need, people in difficult and challenging circumstances. They are helping a lot of people, in terms of financial support and moral support.

People should be there for HHUGS. By supporting their work, you are supporting a lot of people in difficult, vulnerable situations. Next time you are contributing a pound or more towards HHUGS, think about who it’s going to affect down the line. Think about how many families you will put smiles on the faces of. I make du’a to Allah to help every single person who contributes towards HHUGS. I ask Allah to increase their rizq. We are forever grateful for HHUGS and the charitable help they have provided us with. Jazakum Allahu khayr.