“If HHUGS had not offered it, I still would not be sleeping at night, I would be paranoid. Thanks to HHUGS, I was able to find my feet after coming home from prison within one year.”

HHUGS was actually set up soon after I went to prison in 2004. My family told me that “there’s a charity that’s been set up to help families like ours, and they’re going to help with prison visits”. That was the single biggest help that HHUGS gave to me while I was in prison. My parents were elderly, I was kept in prisons far from home and HHUGS would pay a driver every month to collect my parents from my home and bring them to me. These were sometimes volunteers. HHUGS would always offer to pay their petrol money, but in some cases these volunteers would refuse to accept any reimbursement. They would drive my parents for several hours, wait in the car park for several hours of checking, then wait another two hours for the prison visit to be over. They would then drop my parents back home. They did this for a number of years.

HHUGS would send cards to my family every Eid, and meat every Eid ul Adha. They used to send them little presents and gifts boxes in Ramadhan with little notes saying “we’re thinking of you”. They would phone them, check up on them and ask them if they needed anything. When you’re going through an experience like we were, you feel like the whole world is against you. But these small things that HHUGS were doing was making a huge difference. They weren’t making a song and dance about it, there were no photo opportunities, it was all done behind closed doors and it was done relentlessly. The support was completely non-judgmental.

By the time I went into prison, I was already struggling with post-traumatic stress disorder.  Because of everything I had endured in the last elevan years, I came out of prison in a pretty fragile psychological state. I lost my job, my money, my savings, my house, my marriage. Everything I owned at the time of my arrest, I had now lost. I didn’t trust anyone, I was paranoid, I couldn’t sleep, I wasn’t eating well. I went to my doctor and asked for a referral for some form of trauma therapy to help me rehabilitate back into normal life. Several months went by and I didn’t even get an acknowledgment letter from the NHS.

Someone from HHUGS approached my family and said they have a budget which is to help prisoners rehabilitate.  I didn’t have to go to them for anything. They were coming to us and keeping in touch with us, making offers. And sometimes you don’t even think of things until someone offers it. I went to about twenty sessions of trauma therapy by an expert professor who was an expert in war, detention and torture.

Those twenty sessions were one of the best things I’ve ever done in my life because they helped me make sense of everything that I had been through. It helped me to understand how to deal with my family and helped them understand how to deal with me. Some of those issues remain, but I was able to restore a large sense of functionality and normality to my life, whereas I’ve seen the case has been different for others. Some prisoners who have come out of Guantanamo have been home many many years but they’re still suffering from some of the effects of some of these problems. If HHUGS had not made that offer to me to get trauma therapy, five years on, I think I still would not be sleeping at night, I would be paranoid. Thanks to HHUGS, I was able to find my feet after coming home from prison within one year which is quite remarkable given I was away for eleven years.

Restoring Hope When None Remains

In prison, my biggest worry was my family. If my family were being taken care of and someone was looking after them, then that made me able to sleep at night. And HHUGS played that role. I knew HHUGS was there, looking out for my family so they would not be alone in this ordeal. There was someone out there holding our hand, there was someone with us and there was someone supporting us. That is why I was able to get through what I did, because I knew that there was a rope or a handle my family could hold onto while we were navigating this ordeal.

There were many other brothers in prison whose families were similarly helped by HHUGS and they were visibly touched and moved. It reaffirmed their trust in humanity where they started to think, “Well, there are good people in the world. It’s not all conspiracy, the whole world is not out to get me. Look at these people, these strangers, they brought my family to see me.”

I also know of many brothers today who are outside of prison and are now just living normal lives. They are doing community work. They have families now and are taking care of them. They are doing all of these things but when these same people were in prison, they were bitter, angry at the whole world. But because of the love and kindness that HHUGS showed towards their families, those people are in a very different place today.

People may say “Why should I give my money to HHUGS? The people who are supporting the families of prisoners? There are people in Pakistan who don’t have masks to put on their face. There’s people in Africa that are dying.” Yes, we all know these things are happening and ongoing. But then I recall a companion of the Prophet (saw), Uthman (ra), who was a rich companion. He never spent his money on just one project; he fed the poor, he paid for a masjid to be built, he helped free slaves. So on the Day of Judgment, you will find his money in every different project or charitable venture. He had his hand in every piece. It doesn’t have to be ‘either/or’. You don’t know which will have more of an impact, which charity will be accepted by Allah and which will give you the most reward.

How can I sum up HHUGS? Love, kindness and empathy. This is what HHUGS showed my family. Where I am today and everything I have gone through is all behind me. I have come through that ordeal with Allah’s help. I am not angry at anyone, I am not full of hatred or bitterness and I am not looking for revenge. What helped me become the person I am today was undoubedtly the crucial role HHUGS played in supporting me and my family through everything. 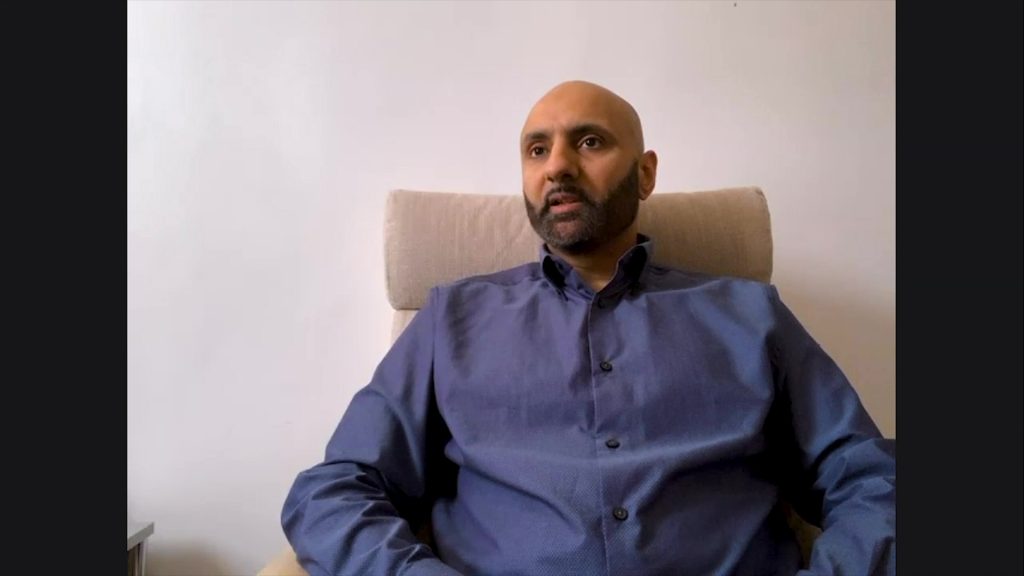 Babar suffered post-traumatic stress disorder due to his horrific ordeal: 12 years of agony and isolation in lockdown, the uncertainty of not knowing if he’d live to see his elderly parents again, and losing almost everything dear to him. Quick Donate Single Donation Monthly regular Donation £ Zakat Interest Sadaqa Donate My name is Babar [...]